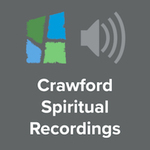 Actual recording does not begin until 24:49. A testimony. Gracie Gadson can be heard raising a song, "Without the Lord," followed by Gracie Gadson's testimony on the old ways of congregating together in prays houses and neighbors' houses. She numbers the prays houses growing up, and moving between them during monthly meetings, which leads into her leading for "Way Down in Egypt Land" and "Adam in de Garden." Further individuals reminisce about some of their adventure stories growing up. The pastor then asks for someone to lead a song, where Gracie Gadson leads "Leaning on the Lord's Side." After a break in the recording, the service continues with a series of testimonies at the Penn Center Community Sings, the tape scrubbing in and out. The theme of the testimonies was about growing up on the island, and how each individual's life changed as they left the island.