Azalea Festival of the Society of the Negro Spiritual, 1936 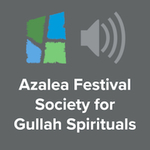 Society for the Preservation of Spirituals

Broadcast and recorded by WEAF radio, the annual Azalea Festival, Charleston, South Carolina, April 14, 1936, features performances by the Society for the Preservation of the Negro Spiritual (now the Society for the Preservation of Spirituals) of Charleston, South Carolina, whose all-white ensemble specialized in singing spirituals in the Gullah language. Donated by one of the group's members, Harold S. Dick Reeves. The program's master of ceremony is DuBose Heyward. The songs performed by the society, some of which were collected in Johns Island, include "Oh the Blood," "Separated Line," "Sinner, What are You Doing?," "Tell John Don't Close the Road." Reeves also tells a series of humorous jokes in Gullah as part of the programming. Other musical selections in the program that are not Gullah are mining songs and a young Maggie (inaudible last name) singing "Wings of an Angel."

Duplication of sound recordings may be governed by copyright and other restrictions. Collection is open for research. To request materials, please contact the Folklife Reading Room at http://hdl.loc.gov/loc.afc/folklife.contact