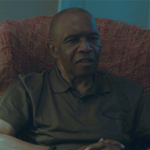 In this 2016 interview, Dr. Eric Crawford, Coastal Carolina University faculty researcher, interviews James Raymond Gourdine, a genealogist, historian, and author of "African Americans in the Civil War in South Carolina". Gourdine details how Major General David Hunter unofficially organized the first black regiment in the Union army in 1862, despite President Lincoln's objections. This force consisted of freedmen and runaway slaves from South Carolina, Georgia, and Florida. They also discuss how education levels varied amongst the slaves held in Florida and South Carolina, leading to the Floridian freedmen to be considered of "better stock". In 1863, the rest of the Union followed suit, raising several exclusively African-American regiments of their own, following in Hunter's example. Gourdine and Crawford discuss General Potter, who followed in Sherman's March to the Sea, burning and looting Confederate land and homes. He then describes the creation of the 54th Massachusetts regiment by General Andrews and the taking of Georgetown in February 1865. James Gourdine was interviewed in his home outside of Florence, South Carolina.